on July 27, 2011
It seems like things  are on point for my story, so it's about time I post the profiles of the families! This post will focus on the Mizutani family 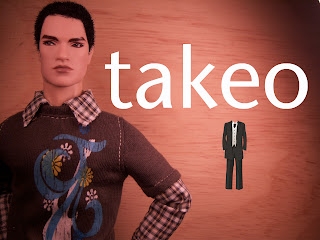 Takeo Mizutani
Takeo was born and raised in Tokyo, Japan. From the age of 5 he already knew how to speak English fluently because both of his parents were born in United States, but move to Japan because they wanted Takeo and his sister Nolee to know their heritage. When Takeo was 11 years old, his father died in a tragic accident leaving young Takeo to become the man of the house! As he saw his mother Kyori fall apart from his father's death, Takeo had to be strong for both his mother and sister.
One year after the death of his father, Takeo’s mom Kyori decide to take the children and move back to her hometown New York where his Uncle Dai helped raised them!
Life was going well for the Mizutani family, Takeo’s father made sure that if anything happen to him (which it did) that he wanted his wife and children well taken care of.
Takeo never really knew what his parents did for a living and never did he ask. When Takeo turned 18 years old his mother had a very serious talk with him about the family business. Kyori told Takeo it was time for him to follow in his father’s foot steps, from that moment on Takeo really wish that his father’s foot step wasn’t so dirty! 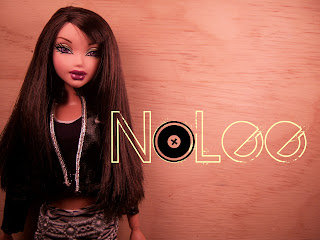 NoLee Mizutani
At 6 years old, NoLee could not understand that she lost her father forever. She remembers the last time she saw him; on a Friday afternoon NoLee came home from school and she sees the biggest smile on her papa’s face when little Ms. Hot pants came in the house. They sat down and had a fresh plate of oatmeal cookies mom made with a nice glass of cold milk! The phone rang and papa went to answer it, papa’s face looked scary weird. After he was finish on the phone, papa told the family he had a very important meeting to get to; he gave everyone hugs and kisses but hugged NoLee a little longer saying in her ear “   私はあなたに私の小さな女の子が大好き！” which means “I love you my little girl!”
As NoLee and Takeo watched their mother fall apart , she knew that her papa was never coming back and all she had was her mother and brother; a very loving brother who would do anything to protect her.
When NoLee moved to New York at 7 years old, the culture shock was different for her than most children. NoLee fell in love with New York City and its wonderful couture fashion. This would make her become a fashion stylist and tour with the hottest Japanese pop stars! 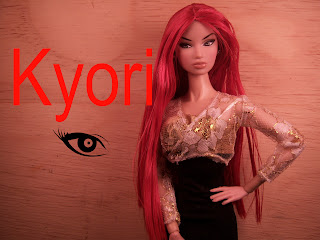 Kyori is not the kind of woman who would just let you in, the Queens born beauty doesn’t trust anyone especially when it comes to her family! You don’t need to know everything about her however know this; Kyori worked damn hard side by side with her late husband and even worked harder as a single mom with 2 young children.
Kyori will admit that losing her husband was the worst thing that ever happened to her, but she could not stop living because she was a mother and had 2 children who needed her the most. Kyori hated leaving Japan but was happy going back home to New York where her brother Dai Oono lived and could help with the kids.
The woman with so many walls up, could these walls finally be falling down, when a new man comes into her life! 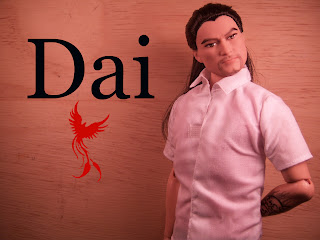 
While his sister Kyori moved years ago to Japan, Dai stayed and worked the family business from New York. He fix up the house in Queens that he and Kyori grew up in, he wanted something to remember his parents after their death!
After Dai Oono heard the news about his brother-in-law death, he went to Japan to help out his sister and to be there for Takeo and NoLee. With no children of his own or wife, it was no big deal for Dai to get up and leave when there were people you needed him!
Not waiting to move to Japan, Dai told Kyori that she should come back home to New York so he can keep a better eye on her and the children.
So much like his sister, Dai puts up many walls and has had  2 or 3 night stands. But, something happened this year that never happened to Dai before, he fell in love!
A True Love Story Addie Doll Stories Mizutani Family Takeo Youtube