How Hard Would It Have Been, Liv Dolls? 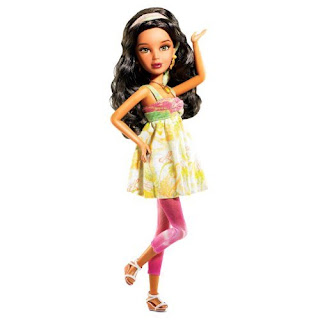 You are about to read a old blog post by a woman name Angela Norton Tyler; whose blog is called Neglected Princess and what she said about the Liv dolls was something I said to myself when the Liv Dolls first came out! Please read........................

Sunday night, my son and I were watching TV when I saw a commercial for Liv Dolls. Liv Dolls?!? I had never heard of them- probably because when they were introduced last year (2009), I was up to my eyeballs writing and studying, not browsing Target’s doll aisles. These days, the princesses’ in my life (daughter, goddaughter, niece) want clothes, books, electronics and gift cards (sigh). At any rate, I immediately googled Liv Dolls…

I learned that the four Liv Dolls were designed to be the new Bratz dolls (read about the Mattel-MGA court battle here) but less “hot mama.” The Livs are supposed to be realistic teens who enjoy good, clean fun. Their “lives” are updated daily on the Liv blog (which gets no link love from me).
I wanted to like the Liv dolls with their personalities, stylish clothes, wigs, and big glass eyes, but I was very disappointed.

There isn’t one realistic African-American Liv doll in the bunch! And, don’t try to tell me that this one is supposed to be the “Black one” ‘cuz she’s not cutting it. 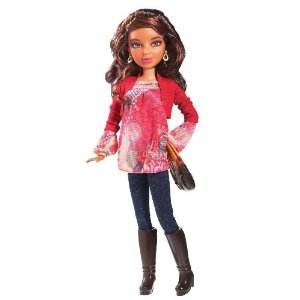 Making her a teeny bit darker than the other three doesn’t make Alexis African-American.
Don’t even try it.

Come on now! Do some market research! Better yet, look around. Princesses come in a variety of colors, not just white, beige and dark beige. How hard would it have been to include a BROWN doll in the LIv line up?
Alexis Liv Dolls Neglected Princess Spin Master